All along the watchtower, princes kept the view- Jimi Hendricks

I've written nothing lately, just so I can keep you on the edge of your seat.

As most daughters go, our fathers are ageless, immortal and our first love and while a young friend was watching hers slaying dragons from his hospital bed, I watched mine carry Sir Lancelot to his final rest.

There were words and laughter and memories all mingled among the tears and the food. Southern Baptists know how to cook by golly. We flew straight into Houston and after Mr Toad’s Wild Shuttle Ride through the freeways we rented a car and arrived in Alvin, Texas, early. Unsure that we were at the right hotel Dad sent me in to ask.

“Is the Best Western on Luke Road Hwy somthin’or’nother? “

She flashed a weary eye and said, “Who are you?”

I used those alien yet, magical code words to see if they still worked, “I’m Smitty Godwin’s girl”

“Your Aunt Ruth was just in here looking for him,” was all she said and went back to her paperwork.

Like a parade-- aunts and cousins and uncles and in-laws and out laws streamed from the rooms and we were hugged and squeezed then whisked away to the viewing. Promptly at 20:00,(eight pm) the undertakers lowered the temperature to the point where we shivered and watched our breath almost smoked across the room.

The next day we heard words and sang hymns, and as we left the finality of my uncle’s death sunk in. One would think they would have tissues for such an occasion. I was grateful to Cousin Jeanene for having the foresight to bring some.

At the grave site there were more words and the 66th Black Panther Division 264th offered a flinching report of a twenty-one-gun salute followed by Taps, and the presentation of the flag to my aunt. A piper played Amazing Grace as he slowly walked into the piney woods.

In spite of the clouds, the sun shined bright, as they say, and we spent the afternoon at my uncle's home. As we prepared to leave, his widow said, “He’s really gone, Riley is really gone.”

We all stopped and looked at each other and then reminded her that he was all around her. That his blood beat through many hearts here as a reminder of his corporeal presence.

In his only brother’s death, it was as if I was witnessing a dress rehearsal for my father's. I left more prepared. I could no more shield the truth behind my eyes because every time I looked at him, my father offered words of comfort.

And so the day yielded its light to the stars of the listening night and I dreamt of the awakened dragon and asked,” Can't you see all around you, the dragon's breath?”


https://www.youtube.com/watch?v=mOO5qRjVFLw
Posted by Debbie Adams at 7:29 AM No comments:

Peppermint candy; the sword in the stone that grows through our family.


They're affiliated with my particular and ungainly past, with aunts and aprons and mouths that needed wiping, and half remembered ice cream spooned melting onto my wedged birthday cake.
How well I remember standing on dusty tip toes stretching to reach for the Depression era glass candy dish where he stored peppermint stick candy. I would wait expectantly for my offerings. Grandpa probably never gave me more than an inch of it at any time, but it was the best treat imaginable. Not memories or dreams but real pieces of my past. He married Nollie Bell in the summer of 1908 and possessed little besides the land on which they lived for 63 years. The Long Cove Baptist Church was the center of their lives with Bible reading and prayer at the breakfast table where appearance was mandatory. 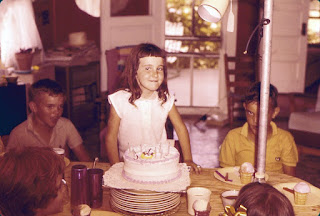 Being one of twenty eight grandchildren I frequently pursued activities such as hiding in the grain, hunting for eggs and new baby kittens and upon occasion watch for snakes a reminder from Grandma who never once failed to remind me as I flew out the kitchen letting the screen door bang behind. Many times I played dress up in beautiful cast off clothes from attic trunks that transformed a sweat streak grubby little girl into a gracious lady of style and renown ruling the world according to whims until heat dissipated the magic of the attic forcing me to jump hopping down one stair step at a time relieved by the relative coolness of the 95º heat.
I hunted for adventures in Grandpa's engine room; smelling of well oiled machine parts staring round eyed into the toothy maw of left behind animal traps then back out side to select s shiny wrinkled up leaf we called tickle tongue because though I never laughed right out loud it did tickle my tongue when I munched on it and did indeed remind me a little of that prized peppermint candy.
Quick stepping and barefooted so the hot dirt wouldn't blister my feet down to the mailbox was a privilege that was fought over because the reward was a stick of peppermint and maybe a saltine or two. He kept a bag in the corner closet of the kitchen, which still smelled of peppermint when the house sold many years after he went to his heavenly reward. (Enoch's mind was clear though he had less desire to leave this earth and his wife, but he never had any anxiety over the certainty of a better life ahead.)
One night after chasing fireflies and cousins I sat in there in an agreeable slouch, inhaled the smells till it melted down the back of my throat in thick syrupy delight trying with all my might to save a moment so strong it took my breath away only to be scared away by spooky popping sounds of the summer sun setting as the house contracted. Ears plugged with fingers, I fled the consecrated rapture of red twist tied bags echoed twisted and round candy sitting mint and brand spanking new--peppermint why the very word showed it's rapid fire camphouros whorls white on red or was it red on white lozenge to be broken and eaten carminative red memories and peppermint perfumed smiles. An herb yanked from the earth to yank me back into the earth.
When he passed away there was a family lottery for that candy dish and Dad won. It was an outside confirmation to be seen and touched to be read aloud in the present as if Grandpa is a book in my hand, how else can I become real? The peppermint stick is my sword in the stone growing straight down through my family. The candy dish is a friend that sits in silence entrusting its stories to me from the perpetual frozen era of my childhood.
Posted by Debbie Adams at 7:17 AM No comments:

Where were you when Kennedy was shot?

Certain days will always reverberate through history and on November 22 at 12:29 Dallas time when the motorcade comes into sight nothing ever changes. It has become immutable no matter how much I want it to change that certain slant of light in the Zapruder film each time it's played...

Attending an Episcopalian school in Marietta, Georgia during a Spanish bazaar, the principal announced that President Kennedy had been shot. Ready to dance in a long red silk dress. It's from Spain, I whispered to best friend Sally. Narrow black lace trimmed the neckline and the bell sleeves, while wide black lace defined the two gathered tiers of a ruffled skirt. The princess bodice was lined and closed in back with a long red ribbon. The black lace mantilla trimmed with a red satin rose; fit under my hair. Altogether a muy bonita senorita.

This is Daddy's boss and of course Dad is gone and the country is on high alert. It isn't uncommon to wake up in the morning and find he had left to places unknown, but I could pretty well guess where and why.

I sat on the church steps and cried until a neighbor picked up my sister and I. A few days later, school was closed as we watched President Kennedy's funeral. It is still hard to watch Jon Jon salute his father's casket. A man named Lee Harvey Oswald had shot him from the Texas Book Depository. Feeling an odd connection to these events in a strange sort of way since at that time all the books used in public schools in the United States, as well as American ones overseas came from that building. I had always noticed, even looked for the words Property of the Texas Book Depository stamped inside the covers of all the books I studied from no matter where I lived. Some sort of security was ripped away that day.

Two weeks later the school burned down; the President dead and Dad gone, it was very frightening to a young girl in grade school. John F. Kennedy was assassinated November 22, 1963 for reasons that remain largely unexplained to this day.

That film runs fifteen seconds. And an eternity. Looking back, it seems as if it was a point where it all started to come apart it would take decades to overcome. Nothing changes except those who watch, they watch a generation of Americans who would never be quite so young again. After that nothing was the same...

Click. Vietnam.
Click. LBJ announces he will not risk running again.
Click. Robert Kennedy in a pool of blood after his victory speech in an LA hotel kitchen.
Click. Another president resigns in disgrace.

Never again, I thought each time, would I take my country so lightly, my institutions for granted. But time passes, marriage, children; fortune smiled on me in this most blessed nation I found it easy to forget, become complacent... hubris is the child of forgetfulness...

Click. Jetliners strike the World Trade Center again and again, and as much as I would like to blot it from memory I cannot and I am jerked to wakefulness, once again reminded how fragile this society is and understand that familiar feeling, that my way of life is not a machine that is run by itself, but one that requires daily heroism.
Click. The sentinels change but the uniforms that watch over us while we enjoy our freedoms do not.

Posted by Debbie Adams at 9:09 AM No comments:

"Despite only being 9-years-old, she owns Villekulla Cottage." Pipi Longstockings

We played a game in one Brat Group this week. We had to tell two truths and one lie. I’m pretty sure Pipi Longstockings would be right there with us. Can you guess the lie?
1)I sailed across the East China Sea during a typhoon, jumped ship in Singapore, and piloted a KC135 simulator.
2) I dated a male stripper, a running back for the Redskins, but fell in love with, and married my best friend, a restaurant manger
3) I did a late night Foxtrot for FOD for a F16.I only have one traffic ticket, and in my closet, I hang everything left-shoulder out. 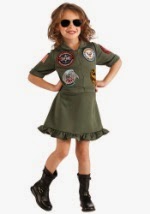 Posted by Debbie Adams at 11:04 AM No comments: